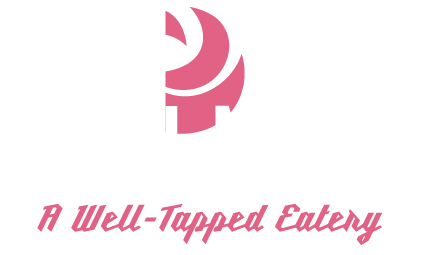 I probably should have waited a minute before I bit into an arancini, but I couldn’t wait. Hot from the fryer, the little breaded bundle blasted molten saffron risotto, fresh mozzarella, corn and pecorino Romano onto my palate. Dipped in warm marinara it was even better.

That was my introduction to the fare at Boulder’s Fringe, A Well Tapped Eatery.

Next up was a crab-packed cake in a super-crunchy panko coating making craveable bites with pickled citrus cabbage and harissa-spiced aioli.

Two things are true: 1) Fried eggplant is an extremely underrated pizza topping, and 2) Fringe Pizza in Boulder makes the best fried eggplant we’ve ever had. Put those two facts together and you have an excellent dinner option from Fringe, which serves blistered, thin-crust pies along with salads, unique starters and beverages from a self-pour tap. But the eggplant, oh the eggplant. Large, skin-on chunks are fried in a way that results in a ridiculously crispy edge and a wafer-light crunch. It’s paired with San Marzano tomatoes (the best sauce tomato) and fresh basil, as well as pecorino shavings and balsamic glaze, which gives the eggplant a rich umami flavor.

Fringe Pizza, which has locations in Gunbarrel and Golden, is planning to open a Boulder location in early 2020 that will feature a full-service restaurant plus a self-pour draft system.

According to a release from the company, the new location at 2900 Valmont Road will seat about 75, with 50 indoor seats and year-round patio seating for about 25.

“Fringe Pizza is perfect for Boulder,” Fringe owner and founder Nate Rajotte said in a statement. “We offer exceptional quality ingredients in a casual atmosphere. It’s like having fine-dining food served in a pie: it’s all about the enjoyment of eating, and none of the pretension.”

Fringe Pizza, which opened locations in Gunbarrel and Golden this year, will debut its third restaurant — and its first full-service restaurant, with an expanded menu featuring not just pizza but hot and cold appetizers, salads, sandwiches, a handful of entrées and dessert — in early 2020 in Boulder. It will go into a shopping area at 2900 Valmont Road that is two blocks from Google’s campus and will feature a self-pour draft system at which customers can grab their own beer, wine and kombucha.

The Neapolitan-style pizza restaurant owned by Nate and Whitney Rajotte recently expanded its menu to add four new pizzas — cider-braised bacon, poached pear, Bolognese and veggie — as well as a gluten-free crust option and a vegan option using Beyond Meat Italian Sausage and Daiya cheese. All of its food is cooked in an eight-foot American-made brick oven that operates at 900 degrees and cooks pizzas in one minute and 40 seconds.

Fringe Pizza (5400 Spine Rd., Boulder) is celebrating National Pizza Month throughout the month of October with its newest creation – Sweet Heat pizza – and a chance for one lucky customer to win a pizza a month for a whole year.

Tributary Food Hall & Drinkery opened just a month ago at 701 12th Street in Golden, and already changes are afoot.

The first is an addition in the food hall’s one remaining vacant slot. What was initially announced as a spinoff of Biju’s Little Curry Shop never came to fruition, but the food counter that has been…

Gunbarrel’s Fringe Pizza riffs on classic Neapolitan pies prepared in mere minutes, and features such traditional choices as the tried-and-true Margherita freighted with tomato sauce, basil and fresh mozzarella. There’s also a stripped-down Marinara pie, simply adorned with tomato, garlic and fresh oregano. But the more intriguing items on the menu part from the old ways, and …

Fringe Pizza, with locations in Golden and Gunbarrel, is celebrating National Pizza Month in October with a new creation and a chance to stuff yourself for a long time.

… Fringe employs Neapolitan ingredients and techniques that Rajotte describes as being “as traditional as possible.” The dough is made solely of water, salt, yeast, and Italian-sourced flour and cold fermented for 48 hours, while the sauce is made from San Marzano tomatoes.

According to Rajotte, Fringe’s pizza would be certified by the Associazione Verace Pizza napoletana (an Italian nonprofi that ensures said pizzas are made according to exacting standards) if not for Rajotte’s decision to use a Marra Forni gas-fired oven rather than a traditional wood oven. …

If the mark of a neighborhood’s growth is measured in pizza joints, then Gunbarrel can puff out its chest and brag away. First Proto’s Pizza, then Domino’s Pizza, and now there is Fringe Pizza, which opened its doors about a month ago.

Stay on the Fringe

please call ahead for parties of 6 or more